Is the state capable of reducing or eliminating inequalities, or is it a major factor in their production and reproduction? The assumption that the state is one of the most powerful and important actors for reducing inequalities and the resulting patterns of socio-economic (and political) exclusion dominates the mainstream literature on welfare state development in Latin America. Darker dimensions of state practices, however, are repeatedly brought to our attention. These range from the effects of selective targeting of welfare recipients, of the uneven territorial reach of social policy implementation, and of the criminalization of poverty and exclusion of specific social groups. These state practices suggest that, far from reducing inequalities, states actively contribute to their perpetuation. 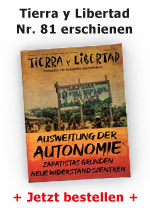